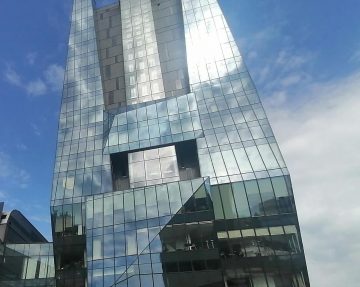 Our guide had pulled up his van in the Nedžarici district in the east of Sarajevo, opposite to a broken, overgrown building with faded pastel colours blotched across its crumbling structures. An old nursing home he said, or rather, a new nursing home, never used, recently completed before the war broke out. It rests now, … Continued