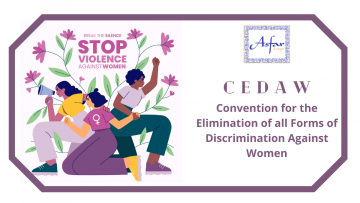 Today, on the anniversary of Convention for the Elimination of all forms of Discrimination Against Women, we acknowledge the positive impact the CEDAW Committee has had since 1979 when it was adopted. AsfarEurope is a committed advocate of Gender Equality and Women Economic Empowerment in the Baltic and the rest of Europe, Russia and the … Continued