This collection, a series of portraiture depicting the Charedi (also known as Haredi), ultra-Orthodox Jewish communities in Jerusalem, shows Charedi men in their traditional dress in two different settings, both brimming with culture and religious tradition. The Charedi are the most conservative in Orthodox Jewry, keeping stringently to halakha, Jewish Law, and dedicating their lives to Torah study and the raising of large families. 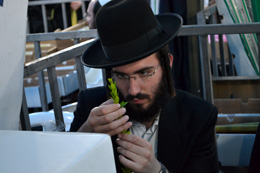 In Israel, the vast majority of Charedim, plural of Charedi, are Ashkenazi, of Eastern European origin, although there are also some Sephardi charedim, of Spanish/North African descent. Over 10% of Jews in Israel are Charedi, most of whom are concentrated in dense neighbourhoods, one of the oldest of which – Me’a She’arim – is depicted in this collection.

These images show the Charedi male community: at the Kotel (the Western Wall) – the only remains of the Temple and the holiest accessible site to the Jewish community and at a pop-up market in the neighbourhood of Me’a She’arim, selling arba’at haminim, the Four Species – plants used for ceremonial purposes during the festival of Sukkot.

Sukkot, in English means tabernacles/booths and the festival commemorates the time when the Jewish people dwelt in fragile structures in the desert, following their Exodus from slavery in Egypt. Sukkot, is the third festival of Shalosh Regalim (the Three Pilgrimage Festivals). The Three Pilgrimage Festivals are ancient festivals which, in Temple times, required Israelites to make a pilgrimage to Jerusalem and participate in a joint festival-worship. In Modern Judaism, Sukkot is celebrated with a number of customs, including shaking the Four Species, and dwelling in temporary hut-like structures. The other two pilgrimage festivals are: Pesach (Passover) and Shavuot (Weeks). 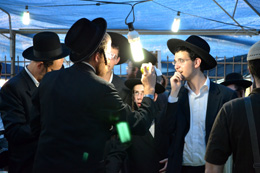 There is no denying the richness of tradition and culture on display in Charedi communities. This collection aims to bring some of that wealth to light. 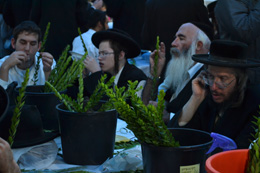 Adam Rossano is a final year Philosophy & Hebrew student at the University of Manchester and an informal educator. He has spent extended periods in Israel, on both a gap year and study abroad programme, during which time he also explored other areas of the Middle East. 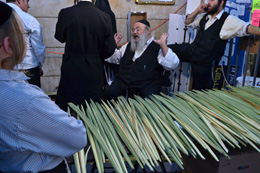 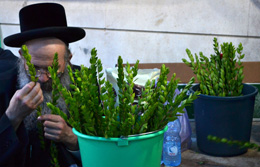 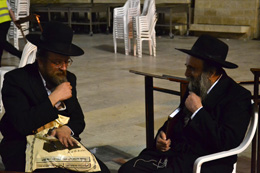 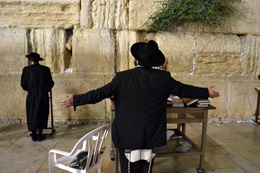 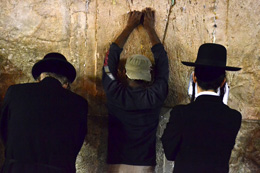