The day after it was announced the Trump administration would be recognising Jerusalem as Israel’s capital, the Jewish Museum in Berlin unveiled their ‘Welcome to Jerusalem’ exhibition[1].  Noted by historian Simon Sebag Montefoire as the only city to exist twice, on earth and in heaven, it is the city’s religious significance which the exhibition seeks … Continued

Nestled on a hilltop overlooking the West Bank city of Nablus is the small, and seemingly nondescript, village of Kiryat Luza.  Just a 10 minute car ride from the Palestinian city below, you would be hard pressed to pin-point any identifiable differences that would set this particular village apart from its local environs.  Upon closer … Continued

Steven Aiello, Director of the Debate for Peace program, gave this speech at the EP-med-PATRIR (European Platform for Middle East Dialogue) “Israel-Palestine, moving towards needs-based solutions” conference. In 2011, I was studying conflict resolution in a graduate program at the Interdisciplinary Center in Israel. The most lasting lessons I learned that year came not from … Continued 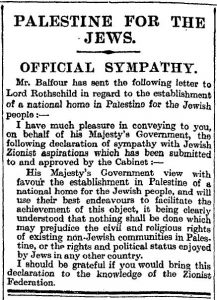 The name Arthur Balfour means little to some and everything to others. To those of us who traipsed past his statue on our way to the launch of the Balfour Apology Campaign one Tuesday evening in October, he was as similarly unrecognisable as the various faces that adorn the walls of the Houses of … Continued

Welcome to the November 2016 issue of Asfar’s e-journal! This is my first issue since taking on the senior editor role, and what I have tried to achieve in this edition is a combination of thought-provoking, timely, and interesting articles produced by our loyal writers and editors – who I would like to thank for … Continued

It’s been the largest social movement in Jordan since the Arab Spring, with thousands of Jordanians taking to the streets and campaigning against the contentious Israel-Jordan gas deal. Since the beginning of October, central Amman, Jordan, has been flooded with demonstrators following Friday prayer at the Grand Husseini mosque, as chants of “no to gas … Continued

Traditionally associated with the original nomadic peoples of Arabia, for many the Bedouins epitomise all that it means to be a “true Arab”. The simple tents mirroring the silhouettes of sand dunes, strung in shades of coffee and terracotta and rust. Men with their heads wrapped lavishly in cloth, riding on horseback against the raging … Continued