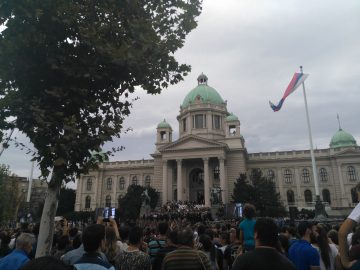 The Balkan region has experienced an immense amount of change in the last three decades, with borders that have shifted and ethnic disparities distributed throughout different countries. But to the naked eye, it can seem to the outsider that the borders and countries are stable, with ethnic tensions being a mere question of the past. … Continued