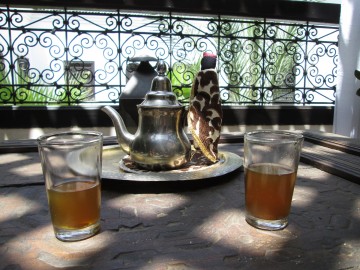 Only a stone’s throw from the old medina of Marrakech named Djeema el Fna, a UNESCO world heritage sit in its own right,[i] the hotel and restaurant named Le Riad Monceau can make a proud boast to being one of the closest establishments to heart of the city. Yet besides being positioned near the infamous … Continued