Emina, International Project Manager at Asfar, spent early March 2020 in Baku and although only staying for a few days, she collected a lot of memories and specific learning experiences from this trip.

During this period, we were all learning how to live with the COVID-19 pandemic, having to literally change our behavior overnight – and you could see this, from our arrival, when we were not able to shake hands or hug other people. I have to say that COVID-19 followed us during the whole trip, restricting us in many ways, but we were still able to enjoy the city in a different way. Although we were not able to enter museums, climb the Maiden Tower, or take a ride on the Baku Eye, we learned a lot about Baku’s history from young people living in Azerbaijan.

All photos were taken by me during the trip while enjoying the magical streets of old Baku, standing in front of a massive rolled carpet, or adoring the magical night view over the city. We left Baku with a promise to come back, taking with us only positive memories on a long 25-hour return flight from Baku-Moscow-Istanbul-Sarajevo. 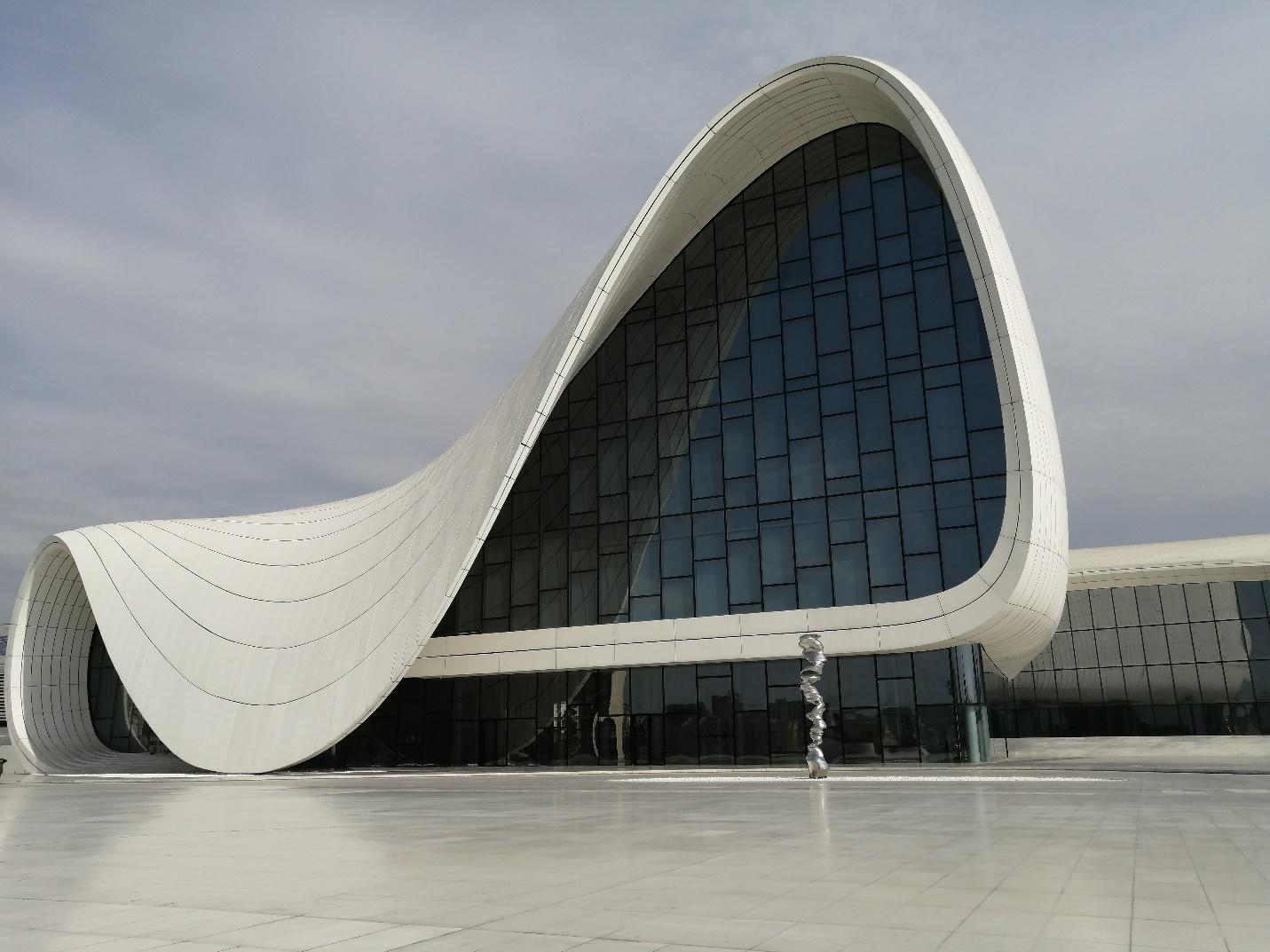 The Heydar Aliyev Center, named after Azerbaijani’s president Heydar Aliyev, considered to be the founder of modern Azerbaijan. The building of the Center can be viewed as a symbol of the modernization process in Azerbaijan. 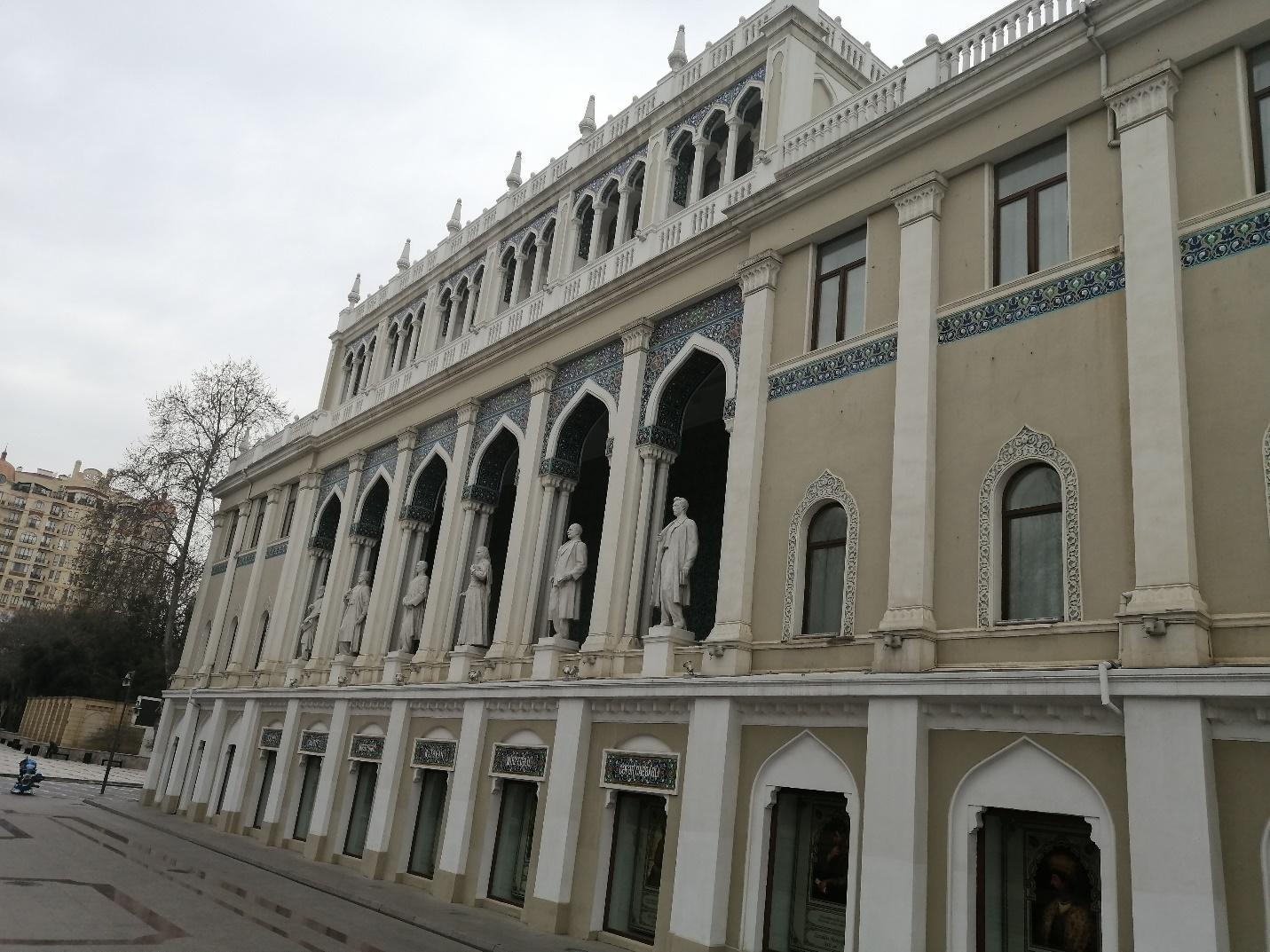 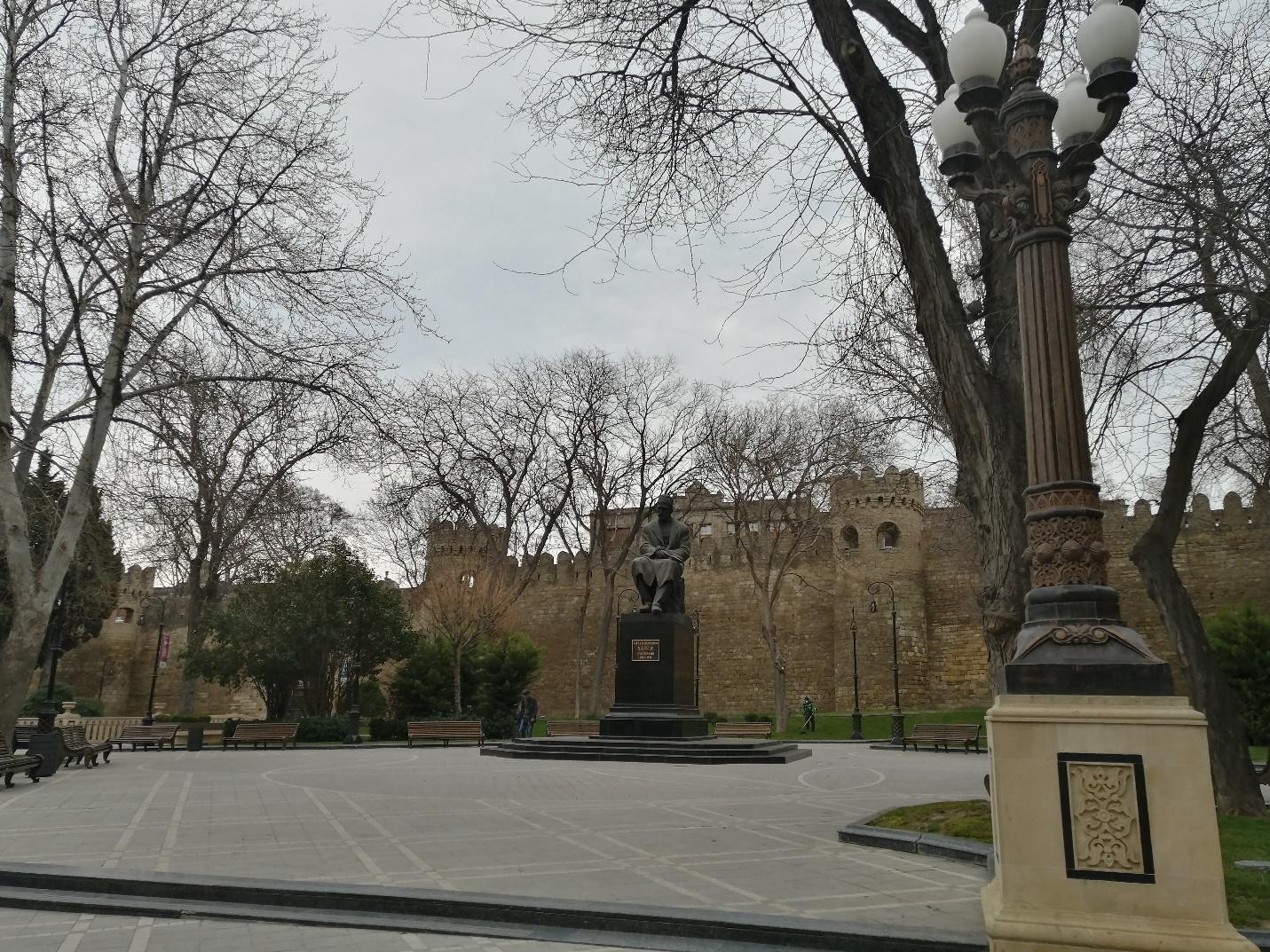 Opposite the museum, you can see Sabir Bagi Park, a great place to just enjoy a short break. 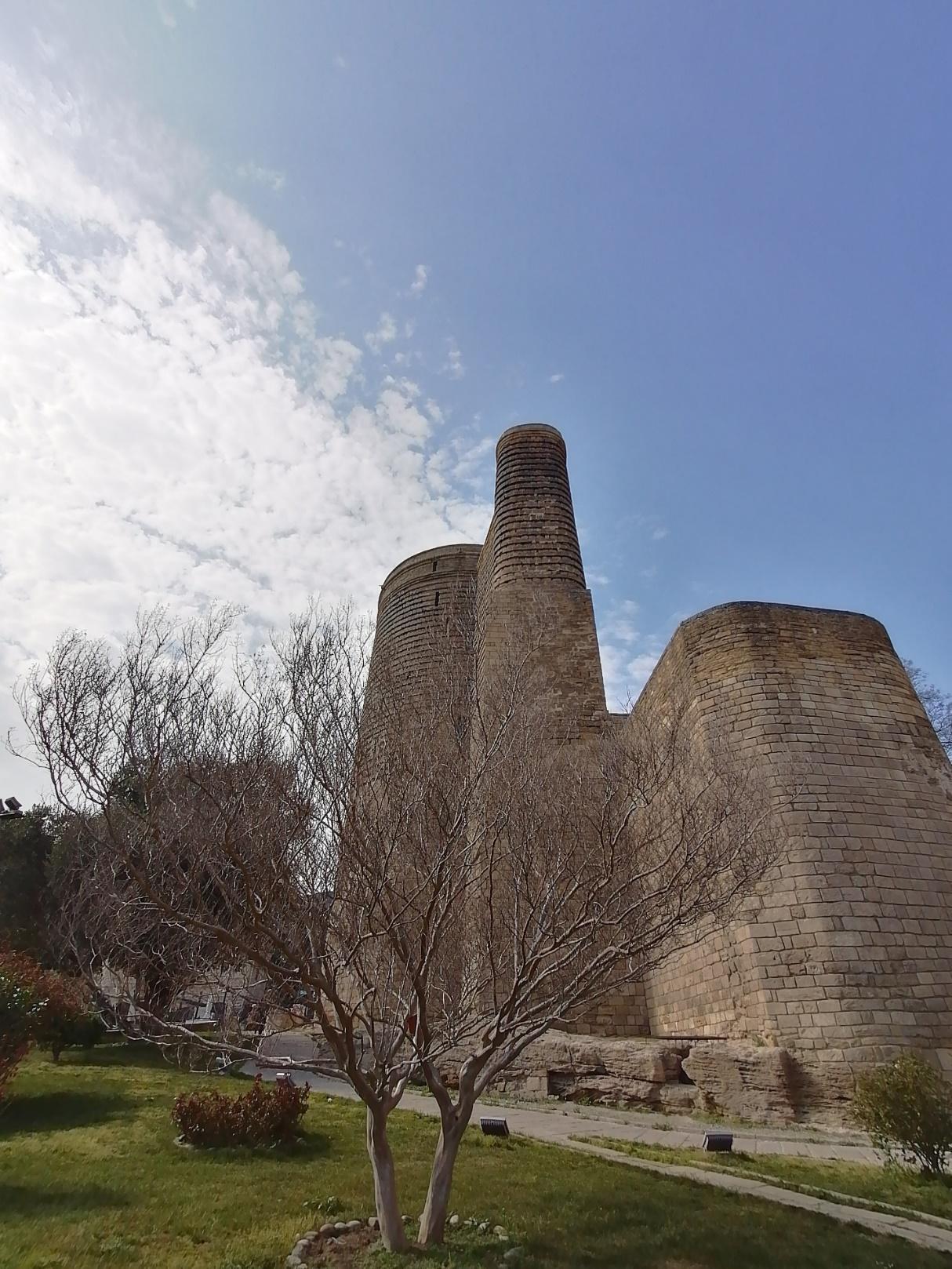 The Maiden Tower, the oldest structure in Baku’s old walled city. It is believed that it dates back to the 12th century. 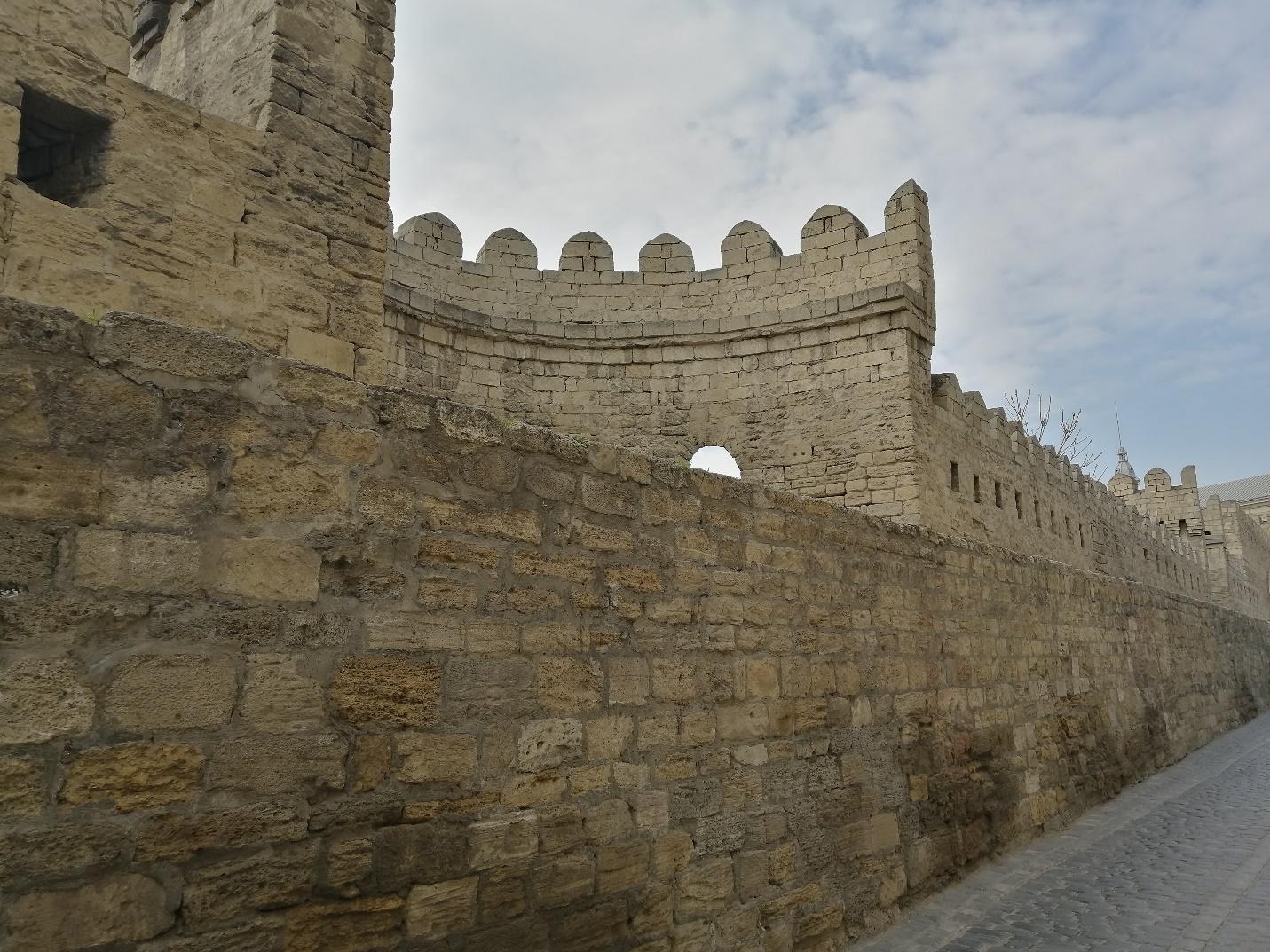 Icherisheher, also known as the Walled City of Baku, Old City or Inner City is the ancient historical core of Baku. It was classified as a World Heritage Site by UNESCO in 2000. 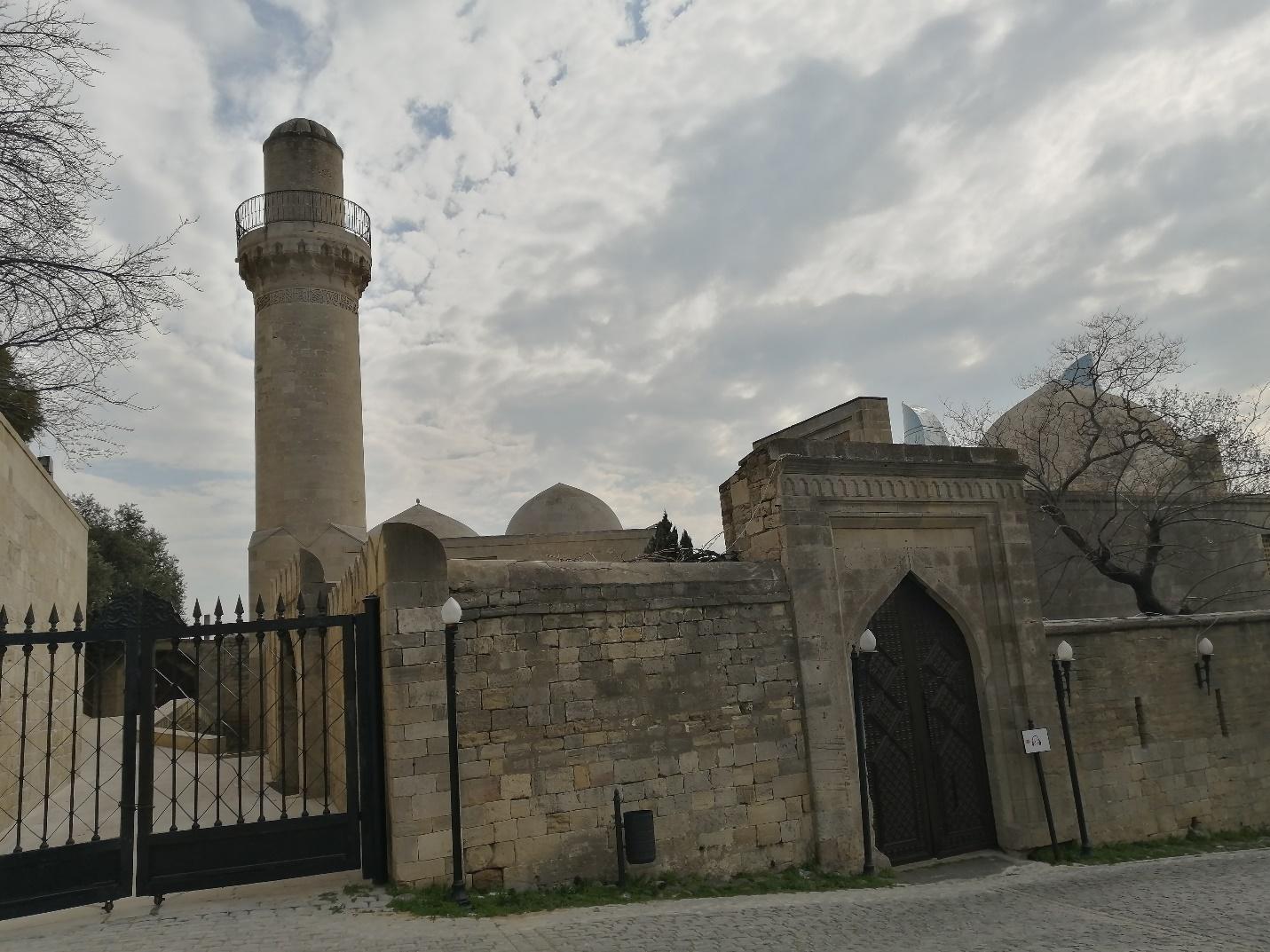 Another monument of universal value, and one of the pearls of Azerbaijani architecture, is the 12th to 15th-century Shirvanshahs’ Palace, located at the highest point of Icherisheher. 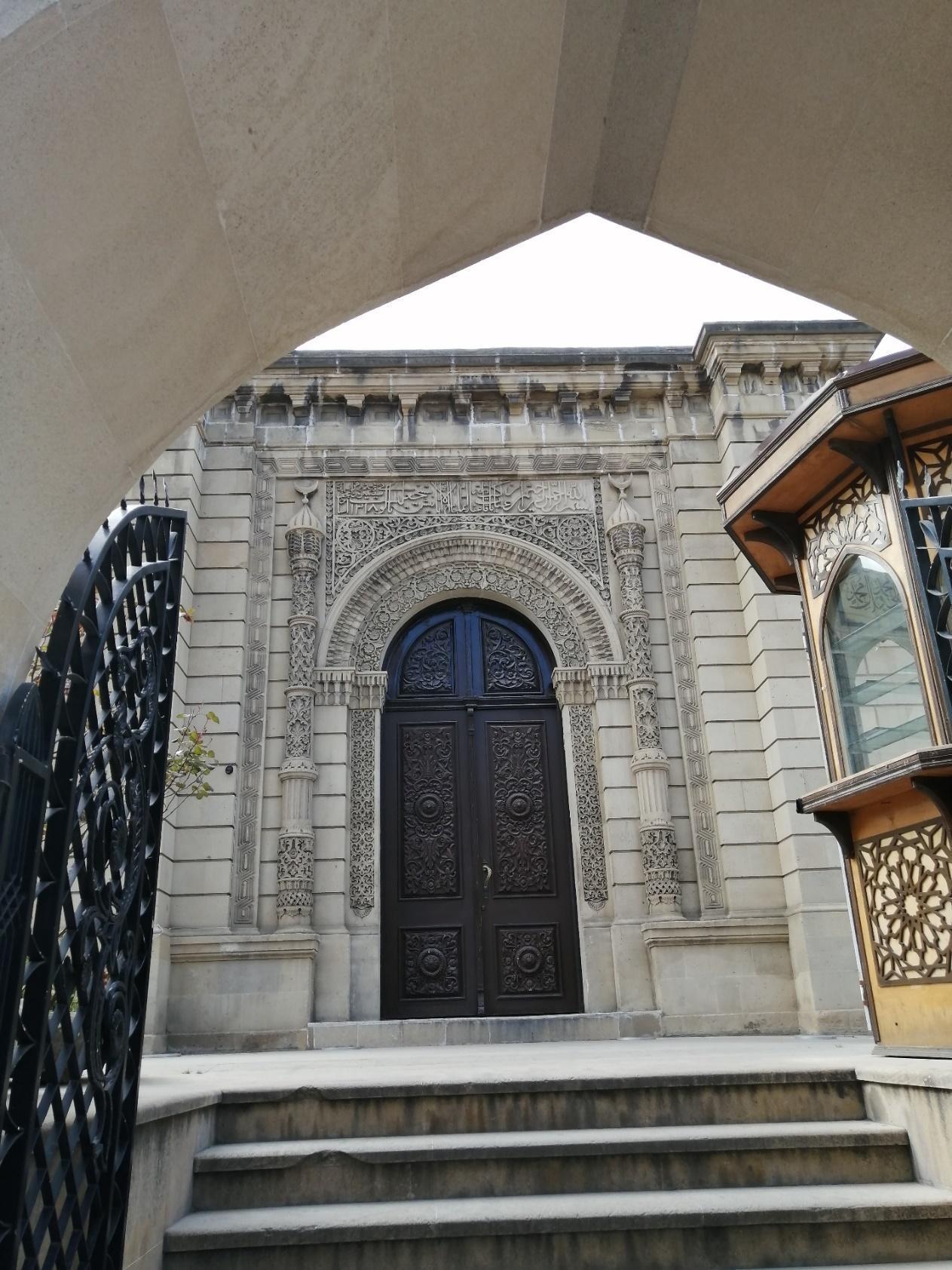 Earlier monuments of Icherisheher include the Mohammed Mosque, also known as Siniggala after the name of its minaret – Siniggala (damaged tower). The minaret was damaged during the Russo-Persian War (1722-1723) and remained a symbol of endurance. 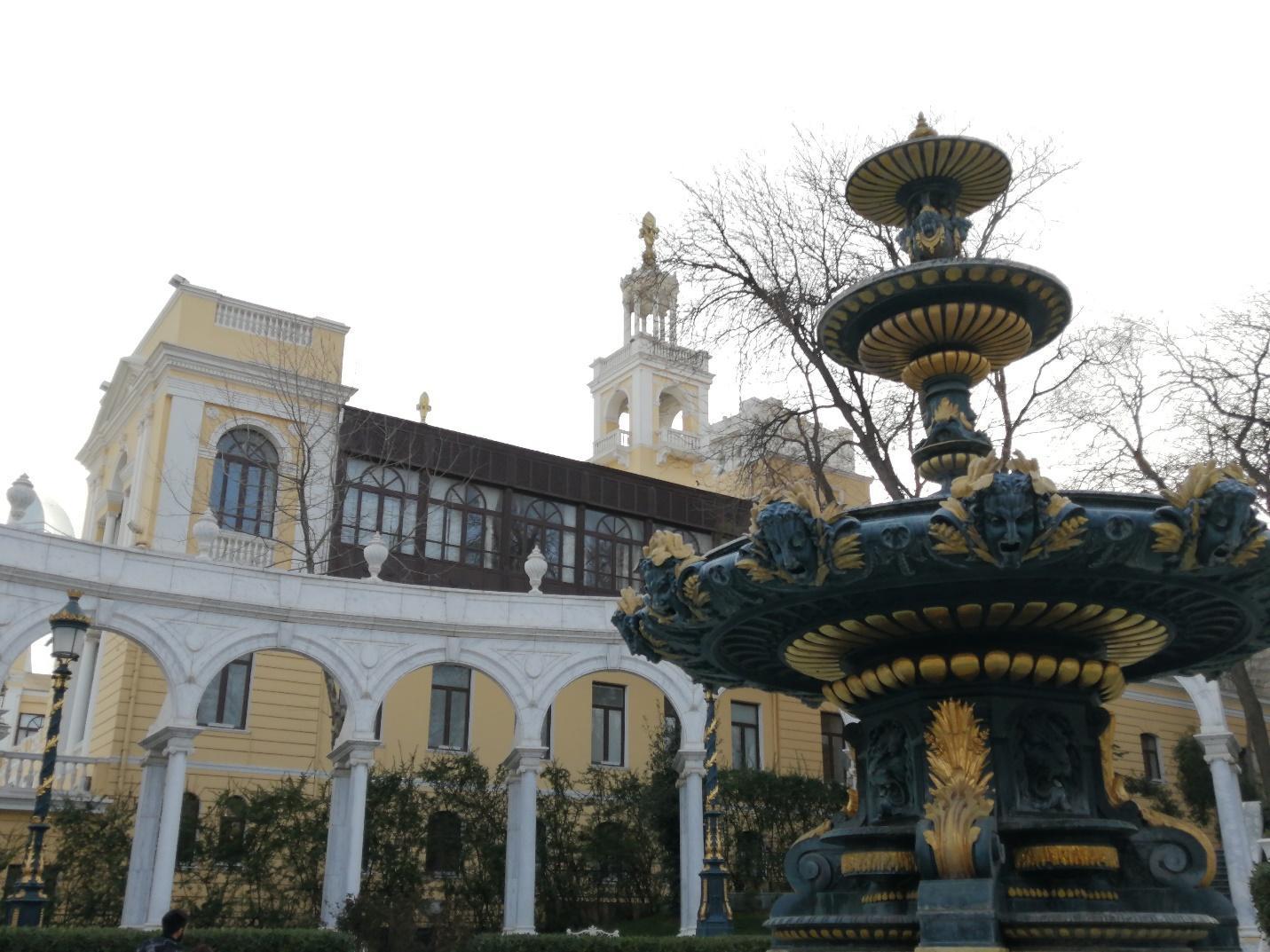 Next to the Baku fortress, you can see the Philharmonia Garden, otherwise known as Gubernator’s or Governor’s Park. 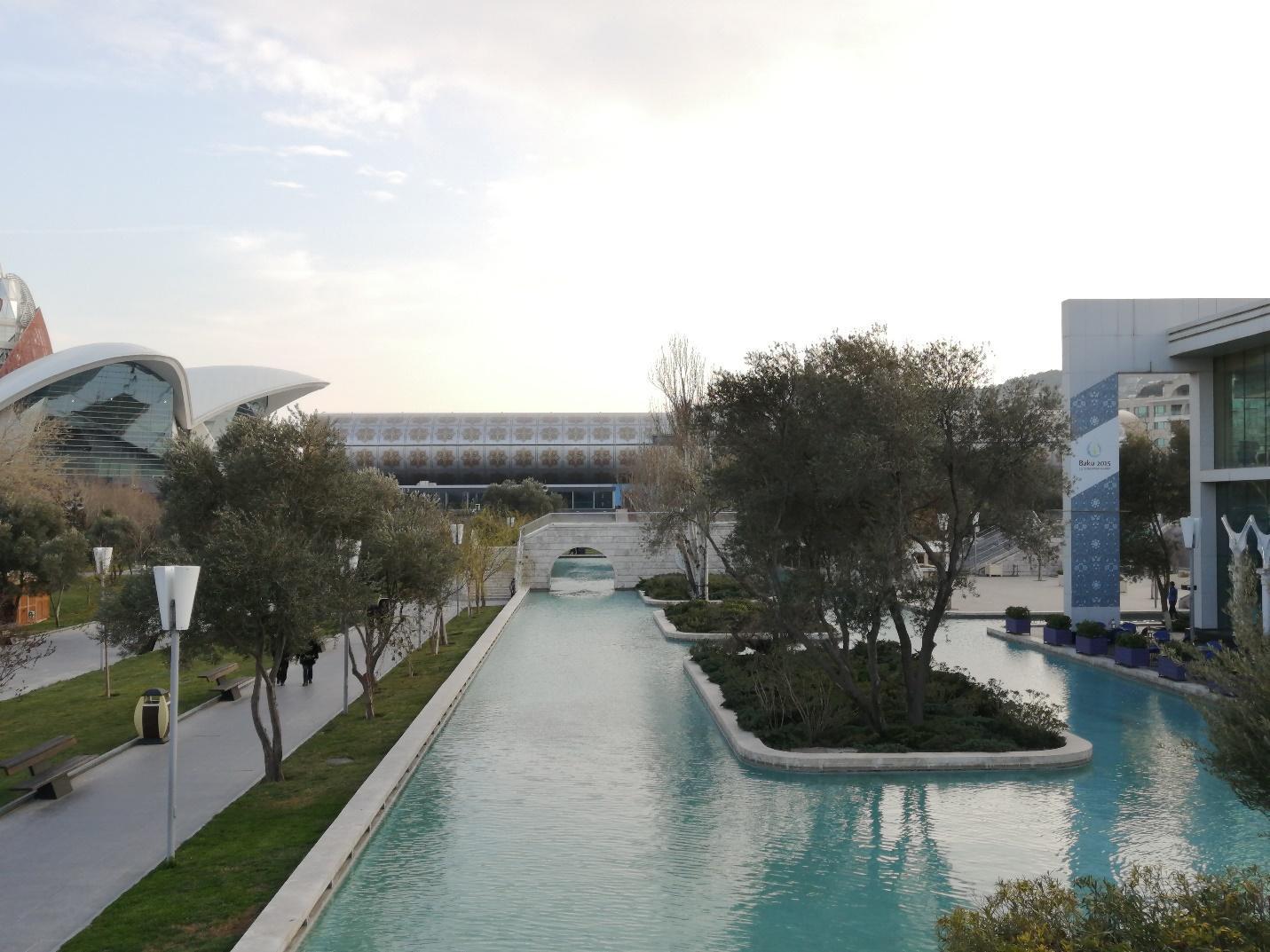 While continuing towards the Carpet museum you might get a feeling that you are in Venice.  Little Venice has two large and several small islands, all connected by stone bridges and approachable by gondolas.

Azerbaijan Carpet Museum, established in 1967, still preserves the importance of the art of carpet weaving and its significance in Azerbaijani heritage, culture and history.

Baku Ferris Wheel, also known as the Baku Eye and Devil’s Wheel, is a gondola wheel on Baku Boulevard in the Seaside National Park of Baku.

The amazing lighting on the stairs to Highland Park, well known as Viewing Square and previously as Sergei Kirov Park during the Soviet era. Due to COVID-19, the funicular is closed and these stairs are now the only way to enter.

The Memorial Nagorny or Upper Park has a wonderful view of the Bay of Baku, the Caspian Sea, the old town Icheri Sheher, the Maiden Tower, and the Shirvanshakh’s Palace.

The Mosque of the Martyrs, popularly known as the Turkish Mosque, stands on one of Baku’s highest spots, the sacred Avenue of Martyrs.

Flame Towers is a trio of skyscrapers, with the height of the tallest tower at 182m. The three flame-shaped towers – South, East and West – symbolize the element of fire.

Azerbaijan National Academy of Sciences (ANAS), established in 1945,  is the main state research organisation and the primary body that conducts research and coordinates activities in the fields of science and social sciences in Azerbaijan.

The wonderful team of the Common Sense Youth Organisation who made our stay so enjoyable.