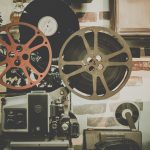 Identity and heritage are often troubling concepts. Yet they are complicated further when the place from which you originate no longer exists. As is the case with Yugoslavia and those no longer able to identify with the place which they had, at some point, called home. Yugoslavia, once a nation of multiple ethnicities, religions, and … Continued