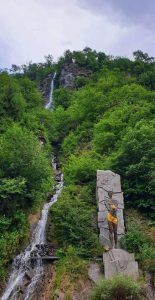 Myths as part of the national identity of the Caucasian People National myths are part of the genetic code of every nation. The 19th century saw the rise of nationalism as many nations sought their national myths, finding connection with their glorious past through historical continuity. Even today, national myths play an important part in … Continued