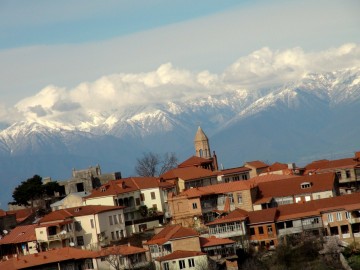 Despite the doubts of authorship, the Aeschylean tragedy remains the poetic source to engage in telling stories about the Caucasus. According to Ancient Greek myths, Prometheus was a Titan who defied the gods and gave fire to humanity, acts for which he was condemned by Zeus to be chained to a rock in the Caucasus … Continued

When President Saparmurat Niyazov of Turkmenistan changed the names of the months and replaced cinemas with puppet theatres in 2000, almost ten years had passed since the demise of the USSR and the search for a new ethos by the Central Asian leaders reluctant to break away from the Soviet past. Resorting less to geography … Continued